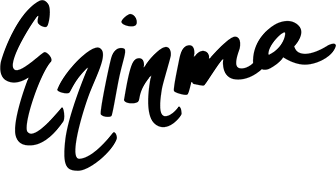 Meredith Ezinma Ramsay, professionally known as Ezinma [Eh-zeen-mah], is a violinist, film composer, and educator. As a performer, Ezinma has worked with renowned artists including Beyonce, Stevie Wonder, Kendrick Lamar, Khalid, Joshua Bell, Yo Yo Ma and Clean Bandit to name a few. As a composer, Ezinma has scored national advertisements for companies such as LG, Google, Lexus and Essentia Water. She has composed music for documentaries, short films, and was even part of the "Black Panther" (2018) soundtrack. In addition, Ezinma is an advocate for music education. In the spring of 2022, she toured the most underserved elementary schools in Harlem and the Bronx on behalf of her non-profit Strings By Heart— a youth development program in NYC for children K-5 committed to bringing quality music instruction to children who couldn't otherwise afford lessons.

Ezinma first picked up the violin when she was three years old. Born in Lincoln, Nebraska, to a Guyanese father and German-American mother, Ezinma's mixed cultural and ethnic background influenced her musical upbringing and molded her into the versatile artist she is today. As a mixed race girl raised in the Midwest, Ezinma felt she didn't belong; so, she found her comfort in the violin. Ezinma’s music is very much shaped by her upbringing. She notes that coming from a blended household inspired her to make music that defies genres and expectations.

Ezinma attended the University of Nebraska-Lincoln where she double majored in biochemistry (with an emphasis in pre-medicine) and violin performance. She also minored in mathematics. Midway through her undergraduate degree, she realized her regret about not playing violin professionally. Ezinma made the decision to purse music which led her to NYC. In 2012, she completed her master's degree in violin performance at The New School in New York City. While in New York, Ezinma experimented and found her sound. In addition to performing at Carnegie Hall, Lincoln Center, and Symphony Space, she took production classes, studied jazz violin, joined many eclectic bands, and pushed past the limits of the classical genre.

In 2016, Ezinma was approached by Beyonce with an offer to be a part of her all-female band. Ezinma accompanied her at the end of her Formation World Tour and in 2018 was part of history when she performed alongside Beyoncé at Coachella. This experience was highly transformative for Ezinma. She walked away from the band wanting to further discover her own voice. In 2020, Ezinma released her debut EP “Classical Bae” under Universal Music Group’s Decca Records. That same year, Ezinma’s self-titled documentary about her life’s story (directed by Alison Chernick) premiered at Tribeca Film Festival in partnership with Bulgari.

When the COVID-19 pandemic hit, Ezinma made a bold move. She decided to go back to school and pursue another Master’s degree at Berklee College of Music in Boston. While in school, Ezinma was able to further fine-tune her skills as a media composer. After graduating spring of 2022, Ezinma was selected to participate in Sundance Film Institute’s highly competitive Composer’s Lab.

Ezinma is an advocate for music education which is why she created Strings By Heart— a music-based, youth development program for children K-5 from underserved communities in NYC. At Strings By Heart, each child is equipped with a quality instrument, outstanding music instruction, community engagement activities, access to world renowned concerts, and performance opportunities. Ezinma yearns to increase diversity and access in classical spaces.