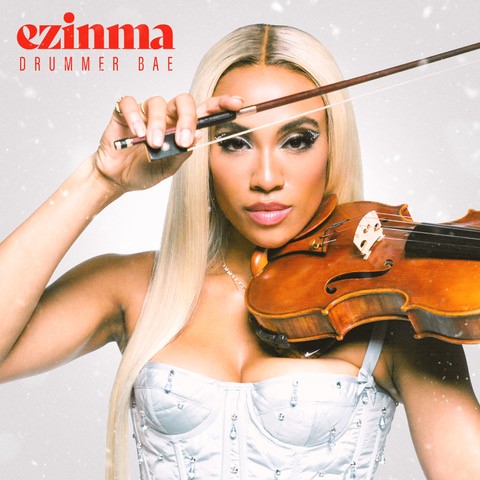 Listen to the Single Here

Ezinma’s style is a blend of virtuosic melodies and symphonic soundscapes with hard hitting beats-a classical-fusion that is cinematic, orchestral and anthemic. This fusion, is fully showcased on “Drummer Bae” as Ezinma expertly weaves together, in her own unique way, classics such as “Little Drummer Boy,” “We Wish You A Merry Christmas,” and “Joy To The World.” Her EP, Classical Bae, is set for release on February 6th and it succinctly displays her talent as she reimagines music from the classical greats (Beethoven, Bach and Vivaldi) with her own hip-hop infused style.

Ezinma (eh-zeen-mah) is a Nebraskan born from a Guyanese father and a German-American mother. Her mixed cultural and ethnic background influenced her musical upbringing and helped mold her into the versatile artist she is today. While classical music will always be a passion for her, she felt a strong need to present the world with a different side of her and has collaborated with jazz, R&B, pop, hip-hop and electronic artists such as Beyoncé, Stevie Wonder, Mac Miller, Yo-Yo Ma and countless others.

Most recently Ezinma launched a nonprofit foundation, HeartStrings, a music-based youth development program for children K-5 of diverse backgrounds and was also selected to work with a variety of brands that include Luminous Diamonds, Reebok, Essentia, Gucci, SK-II, and Zappos.

About Decca Records, US: