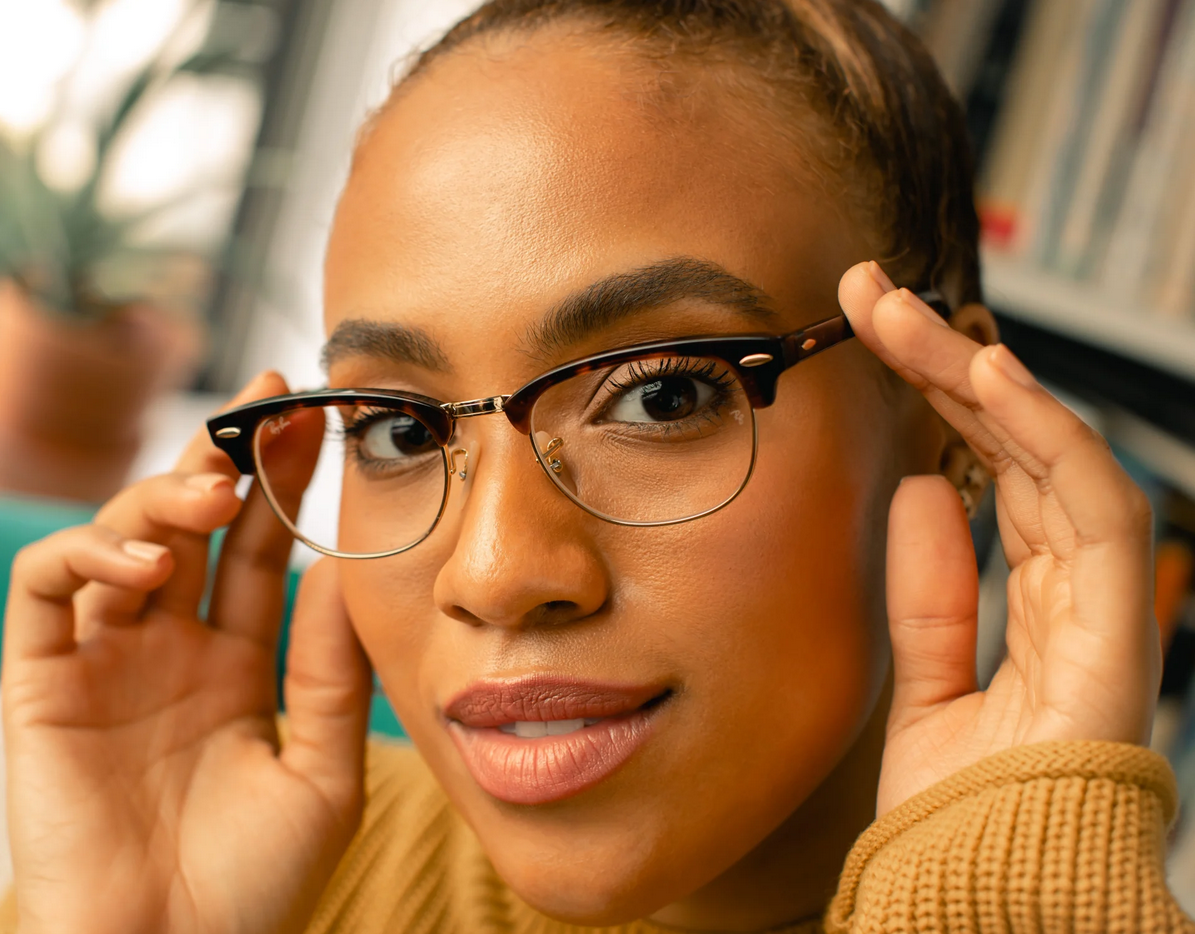 Read the article on Complex

This feature is one of a two-part Ray-Ban series that highlights the brand's connection to timeless, authentic artists who display courage and creativity in their work and output everyday. More than just musicians, these icons-in-the-making are also thought leaders, purposefully using their art to build people up, support their global communities, and to help people clearly see the best in themselves. Read on to see how they're accomplishing these goals in style.

On an overcast Monday, violinist Ezinma, affectionately known as Ezi, invites Complex into her Brooklyn home to talk about her life as a musical renegade. With an engaging smile that spreads ear to ear, she sits back in an accent chair, donning a pair of light gray Ray-Ban Clubmaster Oval Optics that complement her yellow outfit, and beams, "Let's go!"

Now world famous, Ezi has played alongside some of music's biggest artists. But things weren't always like that for the virtuoso. Born and raised in Lincoln, Nebraska, the classically-trained Ezi never "in a million years" saw herself as a world class musician. In fact, she never dreamed of becoming an artist at all. "Growing up in a place like Nebraska, you don't really see artists," says Ezi looking out the window. "I had no concept of what it was to even be a musician. To be honest, it [was] always a struggling artist thing, so it was something that I never, ever imagined could've been possible."

While Ezi began playing the violin at only three years old, it wasn't until the age of 19 that it became clear the classical instrument had to be a part of lifeâ€"professionally and personally. "I was at the University of Nebraska, studying biochemistry and math," she recalls. "I was doing pre-medicine because I thought I was going to be a doctor." But halfway through her pre-med track, Ezi realized medicine didn't match up with who she really was nor who she wanted to be.

"I think the universe has this weird way of working so that you keep being pulled back to what your purpose is," Ezi continues. "I was doing medicine because my dad, [a] typical West Indian dad, was like, 'That's not a real job, to be a musician. You need to be a doctora lawyer. Maybe a dentist, maybe a dermatologist, but those are your choices.'"

Like many young adults looking to find their way, Ezi followed what her father thought was best, but at some point she said enough is enough. "I was doing that and I just finally had to say, 'Look, I don't want to do this. I want to be a musician. I accept the consequences, the hardships, whatever may happen, but I have to at least try.'"

So, the burgeoning violinist decided to change her major to music, minor in mathematics, and never looked back. That decision allowed Ezi to study under the Juilliard-trained, Grammy-winning Chiara String Quartet. "It was super random that this high-level, A-list quartet was in Nebraska. But I was so blessed to have them there," she recalls. "I was able to get top-level training." From there, "Everything kind of fell into place in ways that I could not have imagined," she says. "It was meant to be."

After graduating college, Ezi attended the Mannes School of Music at The New School in New York. There, her future as a classically-trained violinist with a hip-hop-influenced sound finally became clear.

In 2017, the Internet dubbed Ezinma #ClassicalBae after a clip of her take on Future's chart-topping single "Mask Off" went viral. Since then, Ezinma's composed tracks with top musicians and even played with BeyoncĂ© at her "Beychella" performance in 2018. However, creating a niche lane as a violinist by fusing classical with a hip-hop hasn't been easy.

"That was definitely a very painful, multi-year process," recounts Ezi. "When you're so entrenched in that worldâ€¦ it's such a thing. It's like sneaker culture. You can't scuff them up. You have to keep it pristine, [but] I want to maybe just get my laces a little bit dirty." And finding that confidence was gradual for Ezi. "That was something that took awhile for me to embrace just because it was so looked down upon," she says with a smile.

Although not everyone liked Ezi's blend of hip-hop and violin at first, she met a few key players who saw her vision and forced people to recognize her unique ability to bring the masses together through music. "I used to play in this orchestra," says Ezi. "When I started putting out videos, the principle violist of the orchestra was like, 'I don't want to play with Ezinma anymore because she puts out these trashy videos.'"

But that sentiment wasn't widely shared. Ultimately, the conductor of her orchestra dismissed this opinionated colleague, explaining that they had to go because Ezi was such a "great player," and that she wasn't going anywhere. In fact, her unique style brought the orchestra more exposure.

"Working with other artists and being more in the hip-hop space and the pop space was something that really helped me feel more comfortable," Ezi says. "The approach to music is so different [with] an orchestra. Seeing that process made me realize it's okay to put out music that speaks to you and represents who you are."

Midway through the interview, Ezi adjusts her ensemble and switches to a pair of tortoise-and-gold Ray-Ban Clubmasters, effortlessly showing off how she can match any pair of eyeglasses to her 1900 Romeo Antoniazzi violin.

New glasses intact, the 29-year-old musician also says the process of falling in love with the notes that bellowed from her violin gave her the courage to develop the sound she now shares with the world. Like many, she's used this year's unforeseen shutdowns to focus on her career, releasing her debut single "Beethoven Pleads the Fifth," this past August. When envisioning the final composition of her first single, Ezinma says, "I just kept chewing on it and chewing on it and chewing on it. [I imagine] the effect that I want people to feelâ€¦[and] I kind of fill in everything in between."

Though 2020's been hard, it's clear Ezi's continued focus on bigger goals is only pointing her towards bigger blessings. That includes the release of her next single, "Drummer Bae," slated to drop this Christmas. In fact, it's almost hard for Ezi to believe her own success. "When I think back to my younger self, sometimes I just have to pinch myself," she says. "Because it's like, 'Is this really happening? Is this my life?'" But it is. And the worlds of classical violin and hip-hop, are all the better for it.