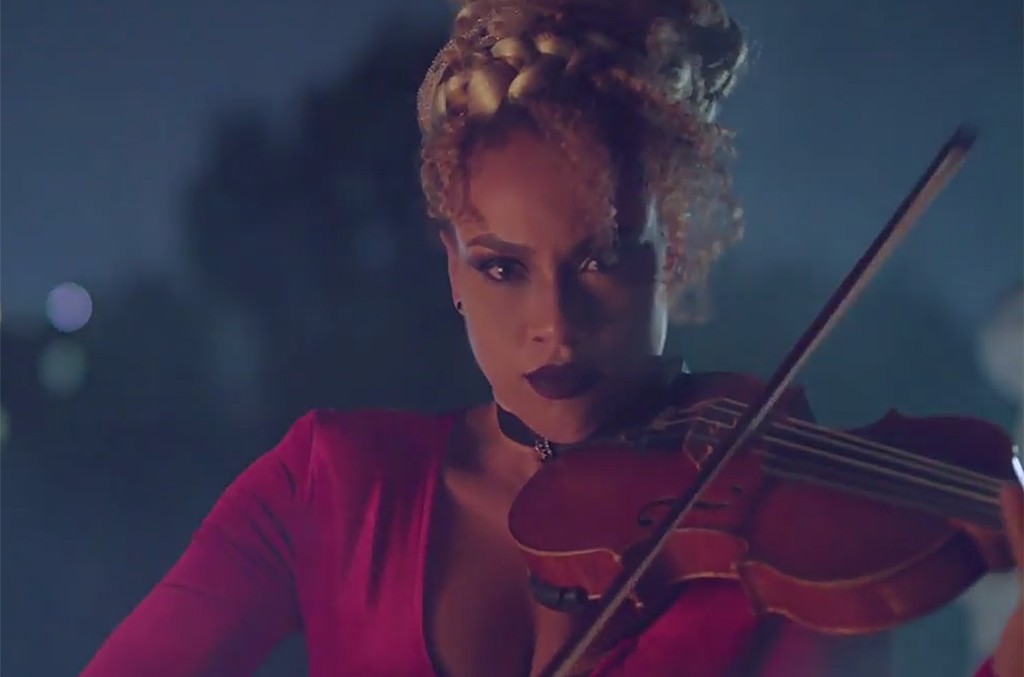 Read the article on Billboard

Call her the queen of genre-blending and bending.

Ezinma, a classically trained violinist who is a master of taking any track and making it completely her own, is premiering her high-energy video for "Give It Up" exclusively on Billboard.

Produced by Velocity Music, the video starts off with Ezinma asleep in her apartment, when she suddenly wakes up and a force lures her to follow it. The music continues to build with more intensity throughout the video and she continues searching for the sound. At the end of the visual, she finds the force and realizes it's another version of herself. It's a captivating visual and musical experience.

Speaking on her sound, Ezinma tells Billboard, "I come from the world of classical music. Mixing classical violin in pop and hip-hop spaces forced me to break many of the rules I learned in my classical training. While it has been challenging at times to embrace this new artistic identity, this fusion of the orchestral and hip-hop world has created a new genre for me: Trap Strings.”

Ezinma has worked with the likes of Beyoncé, Stevie Wonder, Ne-Yo, Mac Miller and Clean Bandit. Get lost in the "Give It Up" visual below.