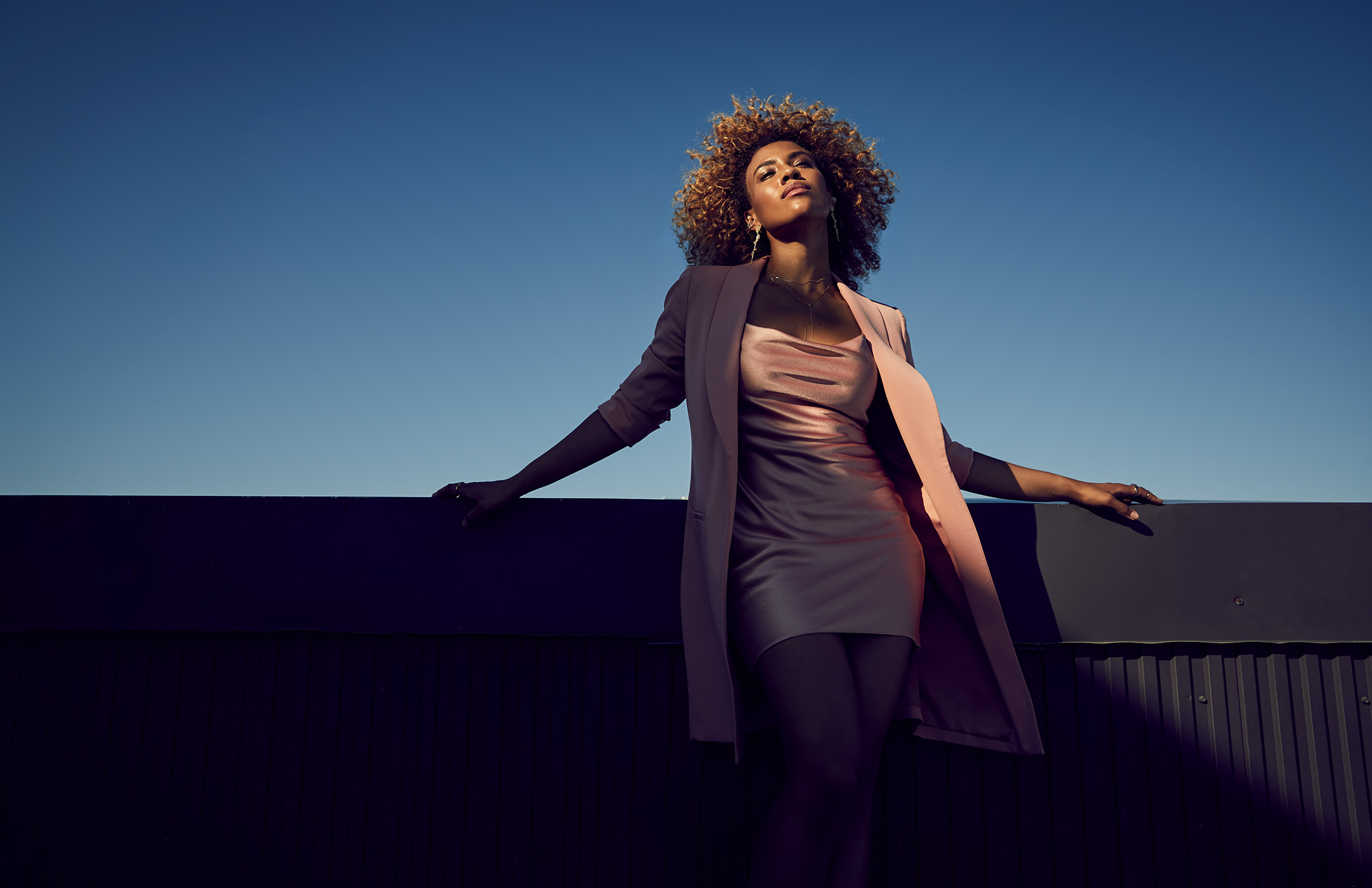 Read the article on The Imagista

Ezinma is all about breaking stereotypical boundaries. The violinist, was in medical school when she realized that she was truly meant to play her music for the world. Her talent, ambition, and focus on her craft got her recognized by Beyonce.

Her new single "Beethoven Pleads the Fifth", which has just been released, combines classical music, with hip-hop and trap to create a song that is bound to give you chills.

We got up with the talent and chatted about her start in music, rejection, and the social injustice that is found in today's world

Imagista: How did you get into the world of music?

Ezinma: I started playing the violin when I was three. I'm from Nebraska and went to a school that happened to have a violin program. I fell in love with the instrument and always kept playing it after graduating from high school.

I went to college to do pre-medicine and halfway through I realized that I really wanted to be a violinist, so I doubled majored in violin and the rest is history.

In college is really when I decided I wanted to be a musician.

Imagista: The violin seems like such a complex instrument, is three a young age to have started?

Ezinma: It is one of those things that is so complex that starting young is a major advantage. At that age, your brain is like a sponge, so it is a great age to start.

Three is on the young side, but I really wanted to play badly.

Imagista: You asked to play the violin?did your parents push you towards that instrument?

Ezinma: I saw these kids with violins at school and I told my parents that I really wanted to play and they were a little confused.

When I got my first violin, I really took to it and when they saw how natural I was with it they became very, very supportive. I couldn't have done itwouldn't be where I am without their support.

Imagista: Are your parents musicians?

Ezinma: No. My mom played flute in high school but she doesn't play anymore and my dad is a mathematician. They are both very academic and intellectual but they are not musicians.

Imagista: From my understanding, there is a correlation between mathematics and music.

Ezinma: I have heard that also. My minor was mathematics. As creative as music is, there is a lot of theory and analysis that is all pretty mathematical at times.

Imagista: One thing I really want to talk about is how you played with Beyonce at Coachella in 2018, what was that experience like for you? How did that all come about?

Enzinma: They reached out to me about three years prior, so I had been working with her before I performed at Coachella. I used to do one-off stuff with her and her band.

The way I was approached was through Facebook message and I don't really use Facebook that much. I thought it was weird and was curious as to who this guy was.

There was such a crazy NDA and he wasn't telling me who he worked for. I was about to turn it down and he told me "before you say no, google my name" and I was like "Oh my God this is Beyonce" and that is how I got my first gig with her, which was a few years prior for Tidal at The Barclays Center.

Coachella is something we worked on for months and it was a huge commitment, one that was very inspiring. It made me realize what I wanted in my career, I learned so much not only from her but from all the women in the band- it was an all-women band. It really made me realize that I wanted to focus on my own music, which was a great revelation. Seeing the greatest entertainer in the world work on a show that was dedicated to black culture was just inspiring to be part of.

I would be on stage with tears in my eyes, it was crazy- truly a highlight of my life.

Imagista: That is incredible. I am sure as a classical musician you never really think of playing alongside one of the biggest pop/RnB sensations on the planet.

Ezinma: What is so cool about her is how she continues to challenge expectations of her and the perception of her. At one point during Coachella, she was singing opera and it was mindblowing.

Nowadays, there are so many stereotypes that we need to push against, and breaking down barriers is a big part of what that is about so it was just an honor to be part of that journey.

Imagista: Another interesting thing that I learned about you is that you launched. a non-profit called Heart Strings. What would you like our readers to know about the foundation?

Ezinma: Basically, it is a non-profit organization for children, predominately children of color.

Music takes a lot of resources, from finding teachers to getting the instrument, not everyone has access to that. I wanted to provide children in New York with quality teachers and instructions in an environment where they can learn.

We have had to push back because of COVID but I am hoping we can launch in 2021- it is just a scary time. However, that is the vision for this foundation.

Imagista: Have you been able to get anything done for the foundation during this period?

Ezinma: Mostly calling for donations but in terms of my own stuff I was able to do some educational projects which have meant a lot to me. I was able to make cute videos to keep kids and parents engaged in music.

I also got to play for some graduations, which was amazing.

I always like to keep music education and education in general in my vision for what I am doing.

Imagista: Now, I want to talk about your first single that is coming out! What should fans expect to hear from it?

Ezinma: It opens with an iconic symphony and it turns into this fusion of hip-hop, trap, and an entirely new genre that has never been created before. Classical hip-hop is not something that has ever truly been done before and it is a new sound and I am excited for everyone to hear it.

It is super cinematic, the imagery that you can vision of while listening to it is something I am so excited about.

It is a very cool fusion of two opposite worlds.

Imagista: That is so cool and in a way, it is so relevant to all the social injustice going on in today's world. The merging of two worlds, and arts and combining different visions together to make one beautiful sound is something that I think has so much power.

Ezinma: The more people we can bring together the better. We live in such a divided world and to me, my activism is music.

Imagista: What do you have to say to other female artists, especially those of color looking to break into the world of classical music?

Ezinma: That's a great question. My advice is to study very hard, take advantage of this time to study and learn and experiment. Grow, break the rules, challenge the norm.

I think it is really important to consume as much of the knowledge as possible.

Imagista: I think it is important for people to know that with success comes rejection.

Ezinma: I think rejection is very important in a strange way- it is feedback. It is so easy to take things personally, it is just information for you to adapt and then to move on to your own success.