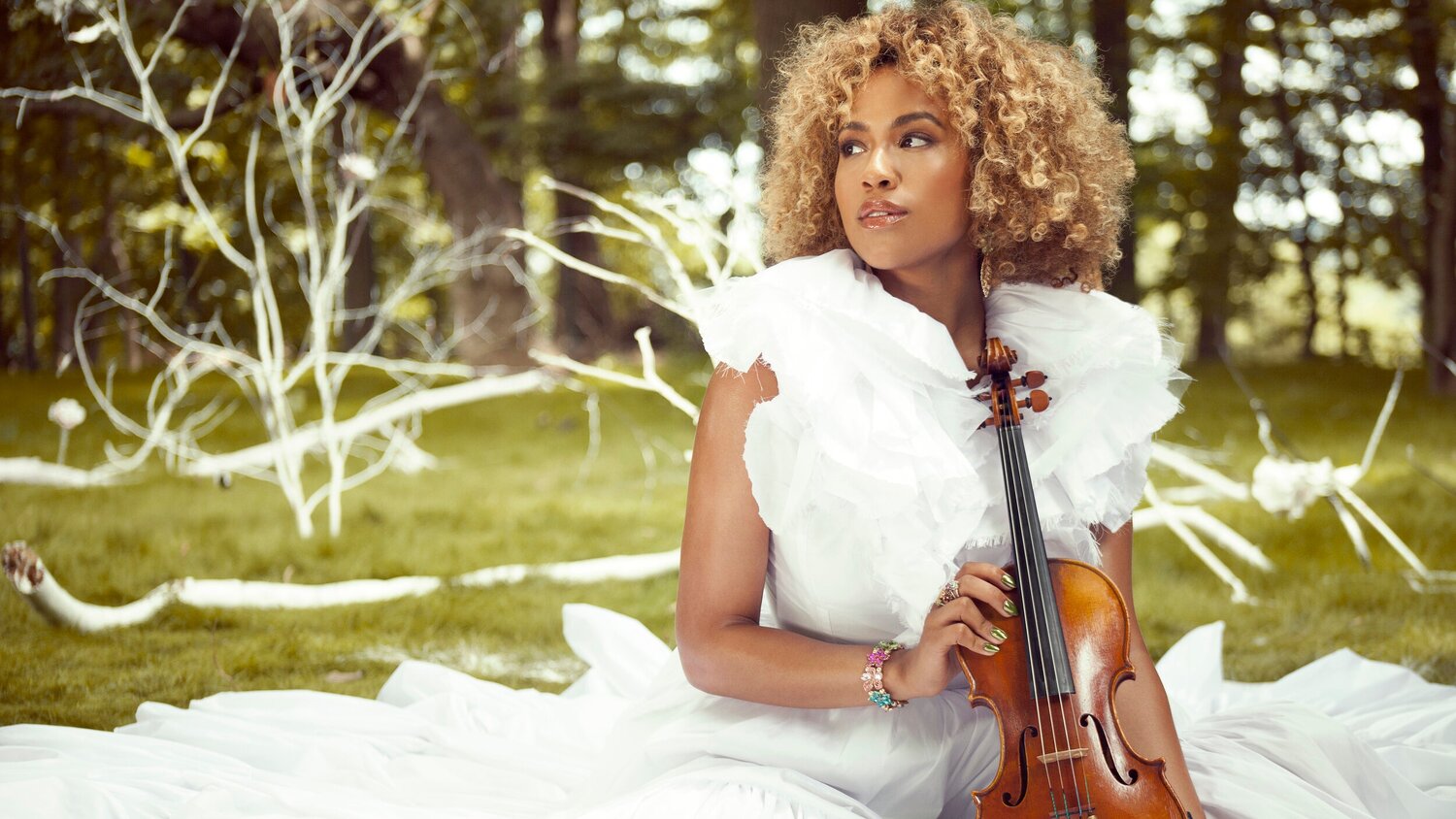 Known as "Classical Bae" and revered for her collaborations with artists including Beyoncé and Yo-Yo Ma, Ezinma utilizes her classical training to create music that marries music of opposite worlds. Her latest single, "Vivaldi Springs Forth", is out now.

Anna Heflin: Your latest single, Vivaldi Springs Forth, is overwhelmingly joyous and uplifting. Why is now (October 2020) the best time to release this track? What would you like for a listener to get out of it?

Ezinma: Now more than ever, we need positive expression. With the pandemic, the turmoil in our nation, and the uncertainty of what is next; I wanted to give people something joy-filled and radiant.

AH: Your recently released single, Beethoven Pleads The Fifth, begins with the motive we all know so well but by the end of the track the motive appears to be gone. Can you talk about your relationship to Beethoven's Fifth Symphony, why you chose this as source material and your thoughts on the current conversations surrounding this work?

Ezinma: I chose Beethoven's Fifth because I wanted to make a statement of who I am & what I am about. Beethoven's Fifth is the most iconic piece in the classical lexicon. It represents so many things�"high society, tradition, artistic genius, patriarchy, western "dominance".... I then immediately flip everything on its head. I wanted to rewrite this motive for the modern listener. Actually, the motive appears through the whole piece. I strategically wove it in the topline, backing violins, & percussion. My intention in this piece was to marry opposite worlds (classical & hip hop) into one.

AH: In the track cover for Beethoven Pleads The Fifth, you're wearing a crown that reminds me of Beyoncé's crown. I know that you've collaborated with her, and she's shared that your violin playing adds so much to her music. How does your work with Beyoncé inspire your music and fashion choices?

Ezinma: I am so inspired by her work ethic, vision, and how she is unapologetically herself. Musically, I love how her records have such rich harmony, nuance and detail. In terms of fashion I am inspired by designers (I love Peter Do at the moment) & art forms (sculpture, painting, dance). One of my biggest inspirations is New York City. I live in Brookyln. I remember when writing "Vivaldi Springs Forth" I would take breaks, leave my home studio, and walk around my neighborhood. So much inspiration in my city.

AH: Can you talk about how you found your unique musical voice and why you blend classical music and hip-hop?

Ezinma: When I was in my last year at The New School, I took a class in music production with Todd Reynolds. I became obsessed with making beats, programming in Ableton, and it led me to experiment. I would record my classical pieces (Sibelius violin concerto, Bach E Major Partita, Fauré violin sonata…) and I would flip it. I would write new harmonies, change the tempo, add beats, drops...it's really where it all began.

AH: You've joined forces with Re-Create, which provides educational programming during after school hours for New York City Public School students between kindergarten and 5th grade. According to Black Enterprise, you've spearheaded lessons like "How To Make a Violin At Home," "How to Make a Foot Chart," and "My First Violin Lesson" for students attending PS 9, PS 166, and PS 84. Can you tell us more about this work?

Ezinma: I worked with the director (Neil Fitzgerald) in 2015 -2017 to help build the first violin program at Re-Create. I had to leave the program once my schedule got too crazy with performances, but my love for music education is still there. When Covid hit, I really wanted to be of service in some way. I contacted Neil and made his program virtual content so that the kids could still have music class even in lockdown.

AH: You partnered with Rock The Vote and encourage your fans to register to vote on your social media. Can you discuss the overlap between music and activism?

Ezinma: As someone with a platform, I believe I have an obligation to tell my story & share my experiences. That to me is activism. A little Black girl from Nebraska who plays the violin? You better believe I have had some horrific experiences with racism, sexism, classism… I'm not going to tell anyone who to vote for, but I will use my platform to share MY truth. I also encourage my followers to share their voice, speak their truth, and vote November 3.

AH: Can you tell us a little bit about the album that you'll be releasing next year?

Ezinma: Top of 2021, I'll be releasing my EP "Classical Bae." All the tracks are classical fusions. Imagine the most iconic classical melodies + beats.. that's the project. I'm so excited to release and let the world hear me!

Ezinma is the ultra-talented, classically trained violinist who catapulted into digital stardom when she began performing covers of viral trap hits on her violin, including "Mask Off" by Future, "Gucci Gang" by Lil Pump and "Rockstar" by Post Malone. In 2016, she was approached by Beyoncé with an offer to be a part of her all-female band. Ezinma accompanied her at the end of her Formation World Tour, the release of "Lemonade," and in 2018 was part of history when she performed alongside Beyoncé at Coachella, better known as "Beychella" by fans. Ezinma has worked with other artists including Stevie Wonder, Yo-Yo Ma, Kendrick Lamar, Joshua Bell, Clean Bandit, Sza, Mac Miller, A$AP Ferg and countless others. Ezinma is releasing her first full EP in 2021.

In addition to her music, Ezinma is an advocate for music education. In 2020, she is working on launching her nonprofit foundation, HeartStrings, a music-based youth development program for children K-5 of diverse backgrounds. At HeartStrings Academy, each child is equipped with a quality instrument, outstanding music instruction, community engagement activities, access to world renowned concerts, and performance opportunities. Ezinma yearns to increase visibility and access for children of color so more kids can feel like they can be seen and heard in classical space.

In 2017, Ezinma was asked to score "The Times of Bill" a documentary by Mark Bozek, with narration by Sarah Jessica Parker. This documentary, which features hours of unedited footage and photos of the fashion photographer and icon, was met with praise by Vogue and The New York Time. This project ignited a passion in Ezinma for scoring and writing to picture. In 2019 Ezinma scored Alison Duke's short film "Promise Me," which received many accolades. This year, Ezinma's documentary about her life and music is scheduled to premiere at Tribeca Film Festival in partnership with Bulgari.