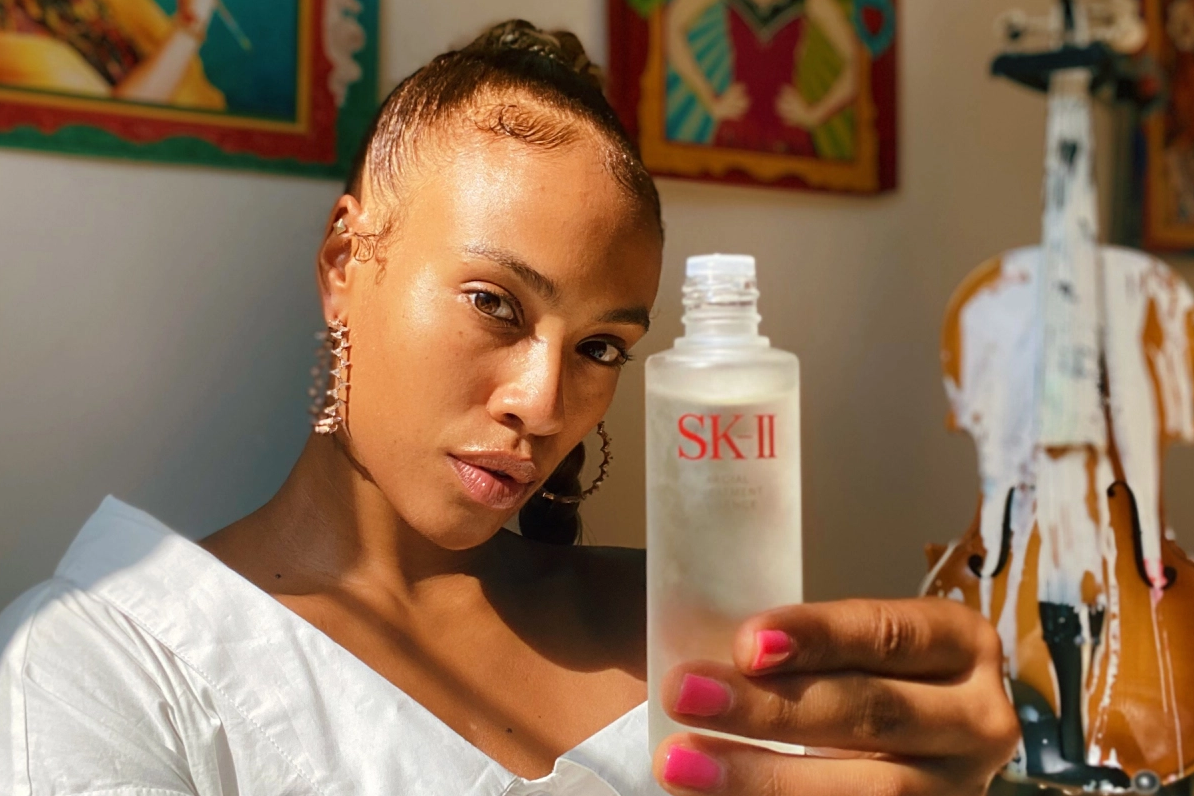 Read the article on Rolling Stone

For violinist Ezinma (eh-zeen-ma) - dubbed "Classical Bae" by fans on social media - quarantining due to COVID-19 has been a huge period of transition. The 29-year-old is a social media superstar who has collaborated with some of the biggest names in hip-hop, R&B, jazz, and electronic music, thanks to her skilled classical violin training and how it informs her approach to other genres. She can just as easily play a concerto as she can cover a top 40 song. She has been using this unexpected time off to slow down, prioritize self-care, and focus on her music.

Currently quarantined in Aspen, Colorado, she's been spending lots of time enjoying the great outdoors and resetting. And though being away from her current hometown in New York City has allowed her to take a little breather, she's just as busy as ever, spending time in the studio, shooting content for her Instagram, and collaborating with photographers on conceptual photoshoots.

She has also used the time to produce new music, including her latest release, Beethoven Pleads The Fifth, which was just released today, August 28th. The track, which is the first single off her upcoming untitled EP, is her hip-hop-infused take on Beethoven's 5th Symphony, effortlessly blending together her two main genre influences.

While Ezi (as her friends and fans lovingly call her) has been studiously working on new music and content, she has also taken the time to really prioritize her physical, emotional, and mental well-being, both on and offline. Having initially come into the spotlight via multiple viral videos on Youtube and Instagram, Ezi is no stranger to being in the public eye - and with her face very close to a camera, no less.

She has spoken extensively on her social media and in interviews about her struggles with learning to love her natural hair, being biracial, and growing up as a woman of color in a Midwestern town, particularly as a Black woman in classical music. Though she started off performing with orchestras on some of the largest stages in the country, she has gotten used to performing solo in smaller venues and has a very intimate relationship with her fans. Self-care and her overall beauty routine has always been a huge part of how she looks and feels her best.

In particular, "Skincare is one of those things that can really make a difference in [my] confidence," she says exclusively to Rolling Stone. "Along with other forms of self-care, like a healthy diet, exercise, getting outside in nature - all of those things put together can make me feel like my best self."

While spending time away from the hustle and bustle of NYC - where there's more pressure to present that "perfect image" that her fans are used to seeing onstage - Ezi has had time to really reflect on what parts of her self-care routine make the biggest impact on her overall well-being.

"There's definitely a lot of pressure to present the ‘perfect image,'" she says. "But there's something so real and honest about showing up on Instagram with visible flaws. It makes me more relatable to my followers and it shows them that I'm human, too." While she doesn't mind hopping on her Instagram stories with a few blemishes - her followers really connect to her unfiltered authenticity - she finds that there's less pressure on her to present her own image as an artist when her skin looks and feels its healthiest. So that's why Ezi is always on the hunt for tried-and-true skincare products that will bring out her glowiest skin.

"When my skin is glowing, I don't even really care to wear makeup," Ezinma explains. "I feel so much more confident when my skin is healthy, and that comes from [a proper skincare routine], in addition to indulging in the other acts of self-care that I'm passionate about."

For the last few weeks, she has been trying out a few new products in her skincare routine, including SK-II's Pitera Essence. Made exclusively in Japan, this cult-favorite treatment product from the prestige skincare brand was her first experience with an essence (it's a step more commonly found in East Asian regimens but has slowly made its way over to the U.S.), and she has been converted into a loyal essence believer.

Both in the morning and at night, she cleanses her skin then pours out a few shakes of the Pitera Essence (which has a water-like consistency) into her hand and gently pats it into her face until it's fully absorbed.

She has also observed her skin retaining moisture better than it did before, and that she has been seeing a steady increase in her skin's overall glow since she started using it. After using the Pitera Essence, she puts on a dab of moisturizer and is good to go.

"Maybe it's because of corona [sic], but I've barely felt the need to wear makeup since adding this essence into my routine," Ezi says. "I never thought I needed an essence in my routine before. I didn't think it would make such a huge difference in my skin texture and brightness, but it really does."

Ezinma says that she plays her best when she feels like she looks her best - whether she's onstage, in the studio, on Instagram,just practicing at home. So thanks to this time that she's taken to indulge in self-care - from spending time outdoors to really delving into her skincare routine - she really is feeling like the best version of herself. Ezi is ready to get back to work making music that speaks to her newfound confidence, and can't wait for everyone to hear her upcoming EP.

For more than 38 years, SK-II has touched the lives of millions of women around the world through skin and life transformation. The fascinating story behind SK-II began with a quest to understand why elderly sake brewers had wrinkled faces, but extraordinarily soft and youthful-looking hands. These hands were in constant contact with the sake fermentation process. It took years of research for scientists to isolate the miracle ingredient Pitera™, a naturally derived liquid from the yeast fermentation process. Since then, SK-II with Pitera™ has become a special secret shared by celebrities all over the world such as Chloë Grace Moretz, Simone Biles, Tangwei, Ni Ni, Chun Xia, Haruka Ayase and Kasumi Arimura. For the latest news and in-depth information, please visit sk-ii.com.

At SK-II, we also feel that it is our responsibility to fight against systemic racism and injustice, and we are committed to be a part of the change. To start, we are joining the P&G family of brands to commit $5 million to #TakeOnRace, a fund supporting organization fighting systemic bias and inequality. Learn more about how we're taking action: PG.com/TakeOnRace