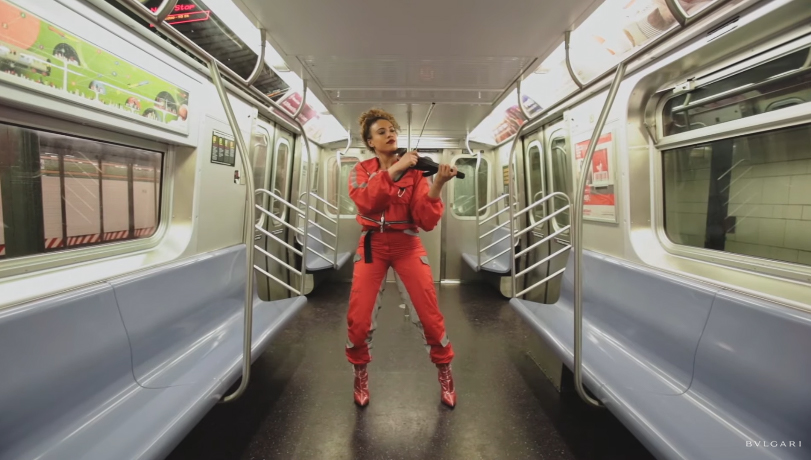 Read the article on Bulgari

To celebrate and connect the brand’s rich, cinematic history with the leading, contemporary voices of today, BVLGARI - Official Jeweler of the Tribeca Film Festival - collaborated with Tribeca Studios on a multi-year short film series highlighting extraordinary women who are breaking boundaries and shattering cultural norms. This year’s two films, “Lot 448” and “Ezinma”, both spotlight independent female pioneers in the arts who are blazing their own paths in male-dominated fields at a time of great cultural change. As a luxury brand with a leading position on genders equality and female empowerment, as well as a privileged connection as a jeweler to strong and resilient women, it is important to support female innovators embodying the ability to pursue professions and passions that are traditionally held by men.

BVLGARI has a powerful legacy with daring female figures in cinema, from Elizabeth Taylor in “Cleopatra” to Sharon Stone in “Casino”, thus linking the brand and its magnificent collections to some of the most iconic moments in film. “Lot 448” and “Ezinma” serve as the brand’s next chapter in cinema, bringing cultural issues to light in a contemporary way. To help capture this vision, BVLGARI enlisted Tribeca Studios and its filmmakers to create storytelling magic. These films are the final two of six, produced across Bvlgari’s three-year partnership with Tribeca Studios, and the final to premiere in association with Tribeca Film Festival. Each documentary within the six-part Female Trailblazers series profiles extraordinary women going against the grain in pursuit of professions and passions that are traditionally held by men; highlighting how they are reshaping the way women are perceived in society today. Following the world premiere of “Lot 448” and “Ezinma”, all six films in the Female Trailblazer series will be available to stream on Google Play, Apple TV and Prime Video - be sure to check them out.