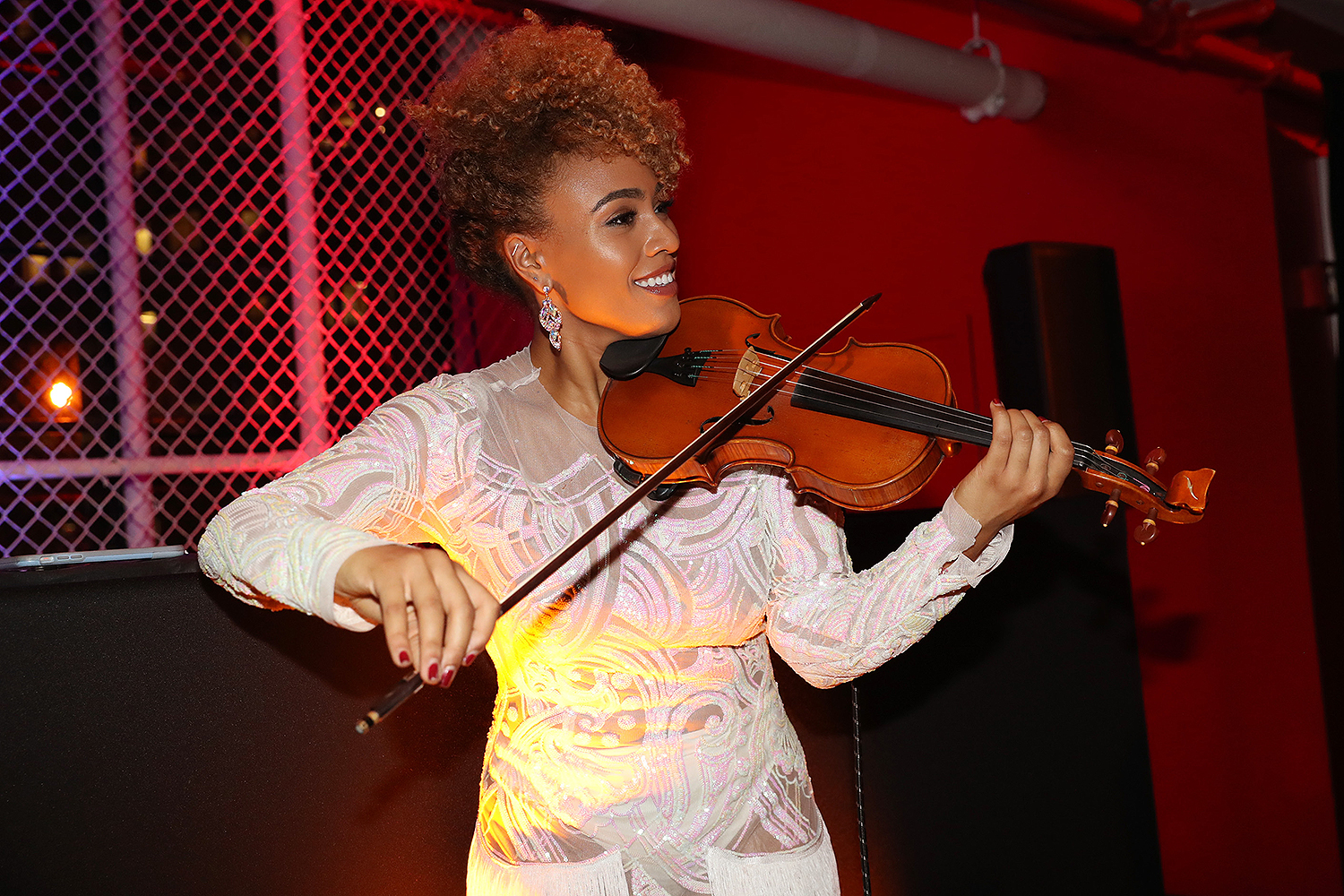 Read the article on People

Classically trained violinist Ezinma, 29, achieved viral fame with her covers of trap hits “Mask Off” by Future, “Gucci Gang” by Lil Pump, and “Rockstar” by Post Malone. The Decca Gold (Universal) recording artist joined Beyoncé in her all-female band and brought her talents to the Formation World Tour, the release of Lemonade, and Coachella. Stevie Wonder, Yo-Yo Ma, and Kendrick Lamar are among the other artists with whom Ezinma has performed. This is her story, shared with PEOPLE.

Third chair? But I knew I was the best. My 6th-grade heart was crushed. I had spent weeks mastering my violin audition. I played it perfectly. I was ready to win my seat as first chair. But that didn’t happen. When my dad picked me up from school that day, he could see the devastation on my face. “What’s wrong?” he asked. “Dad,” I sobbed, “I placed third chair in orchestra.” He clenched his jaw. “The kids sitting in front of me are way behind me in their technique and studies. I think the conductor made a mistake.”

This moment was my introduction to race. I had been aware of my Blackness since I was 4, when my preschool friend kindly pointed it out to me. I knew my hair wasn’t blonde and straight like my white mother’s. I knew my nose and lips were full like my Black father’s. My dad told me, “People will see you for your skin first and your talent second. They are going to make assumptions about you based on your Blackness. In this world, it is not enough for you to be good. You must always be the best.” 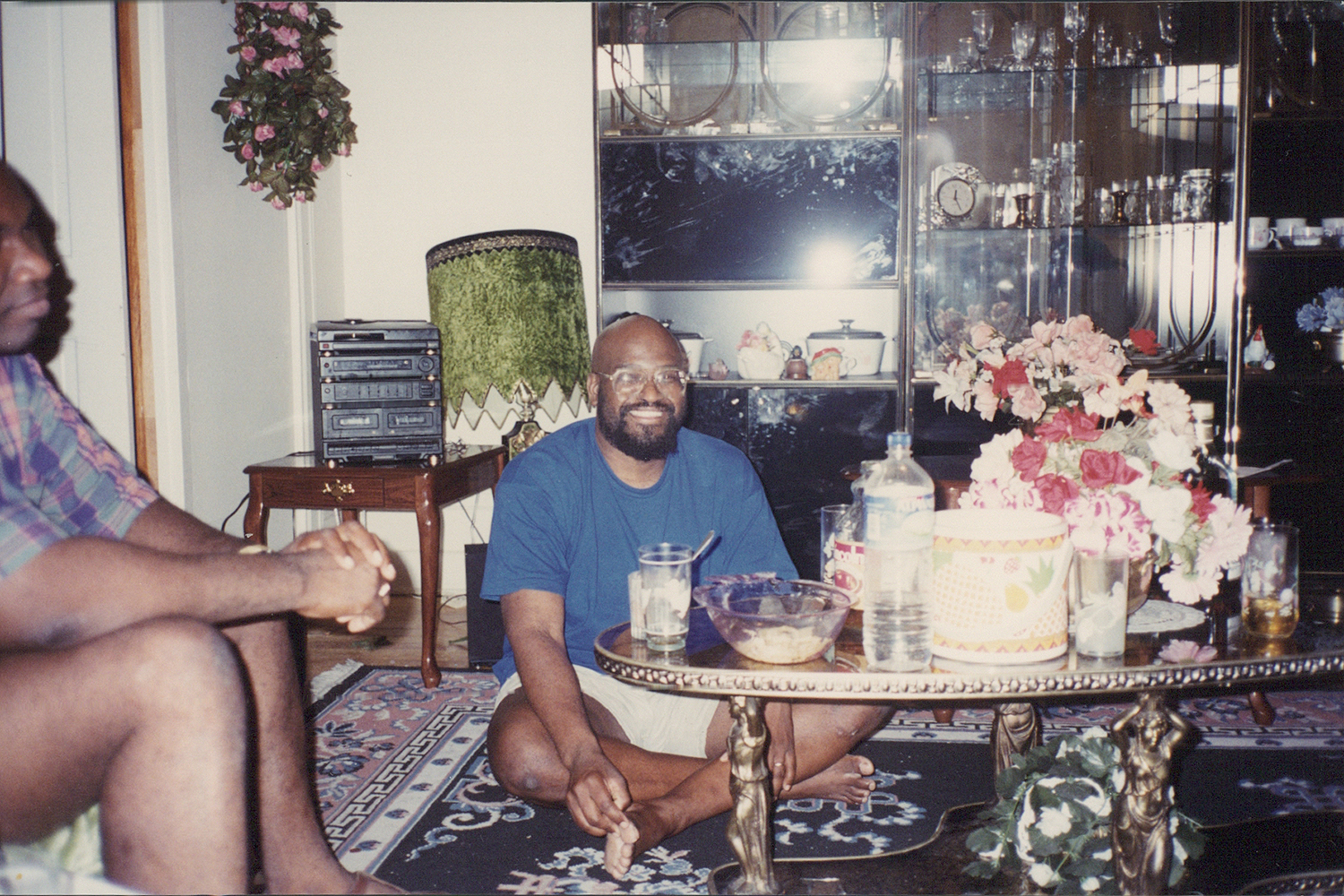 The next day I went to my orchestra conductor and told her there was a mistake. She informed me of the Challenge System. The challenger and the person she was challenging would record themselves. The tapes would be played in a blind audition for the orchestra. Students would pick either Tape ATape B. I challenged second chair, and won unanimously; then I challenged first chair, and won unanimously. I remained first chair of every single orchestra until I went to university. Currently, I am a professional violinist. 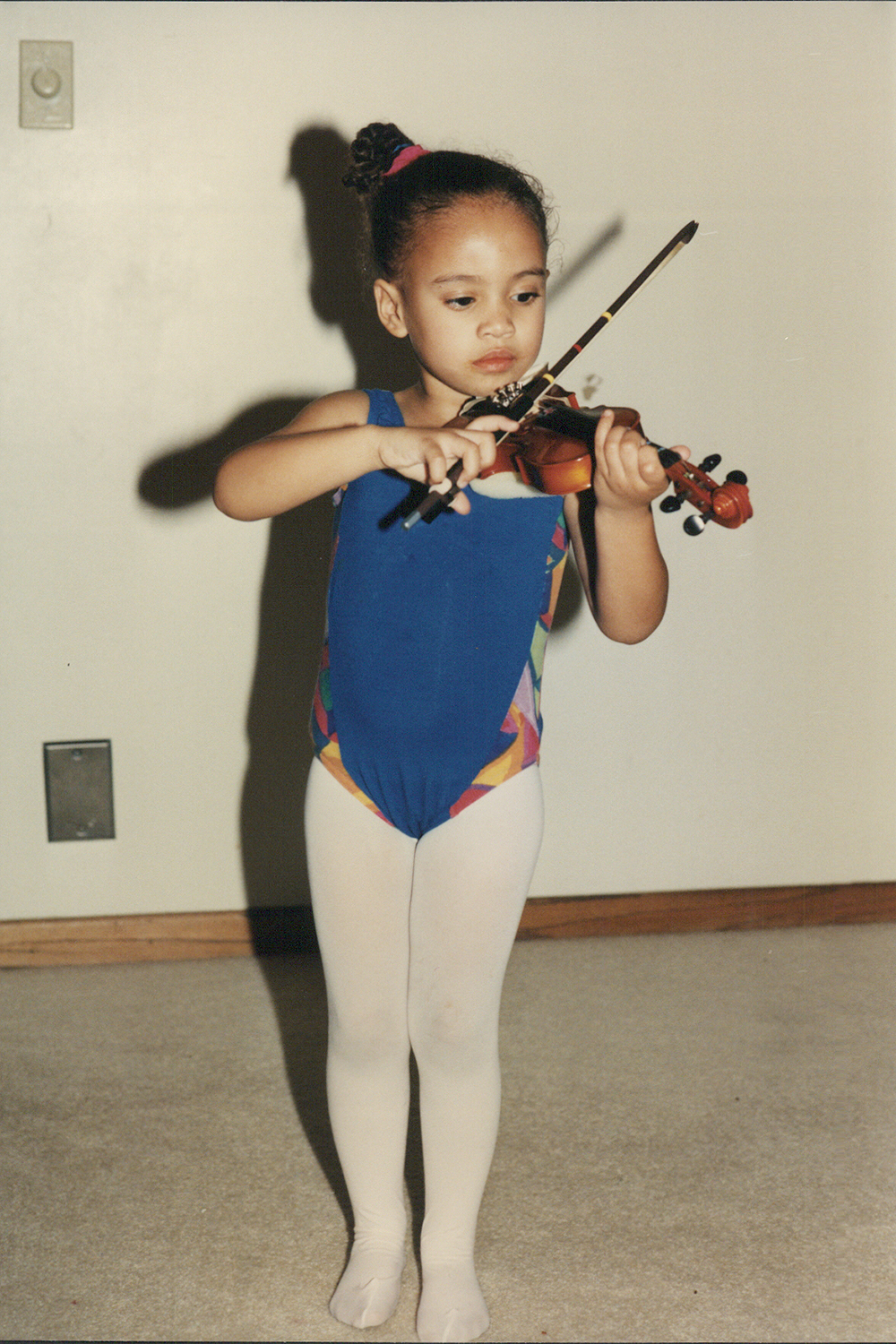 Black people face injustices daily. There are “macroaggressions,” such as police brutality (Black bodies are three times more likely to be harmed by police than white bodies, despite being only 13% of the population, according to Mapping Police Violence) and there are “microaggressions” (Black encounters with the Amy Coopers of the world). I find both have equally dangerous implications because they grow from the same rotten soil - racism. 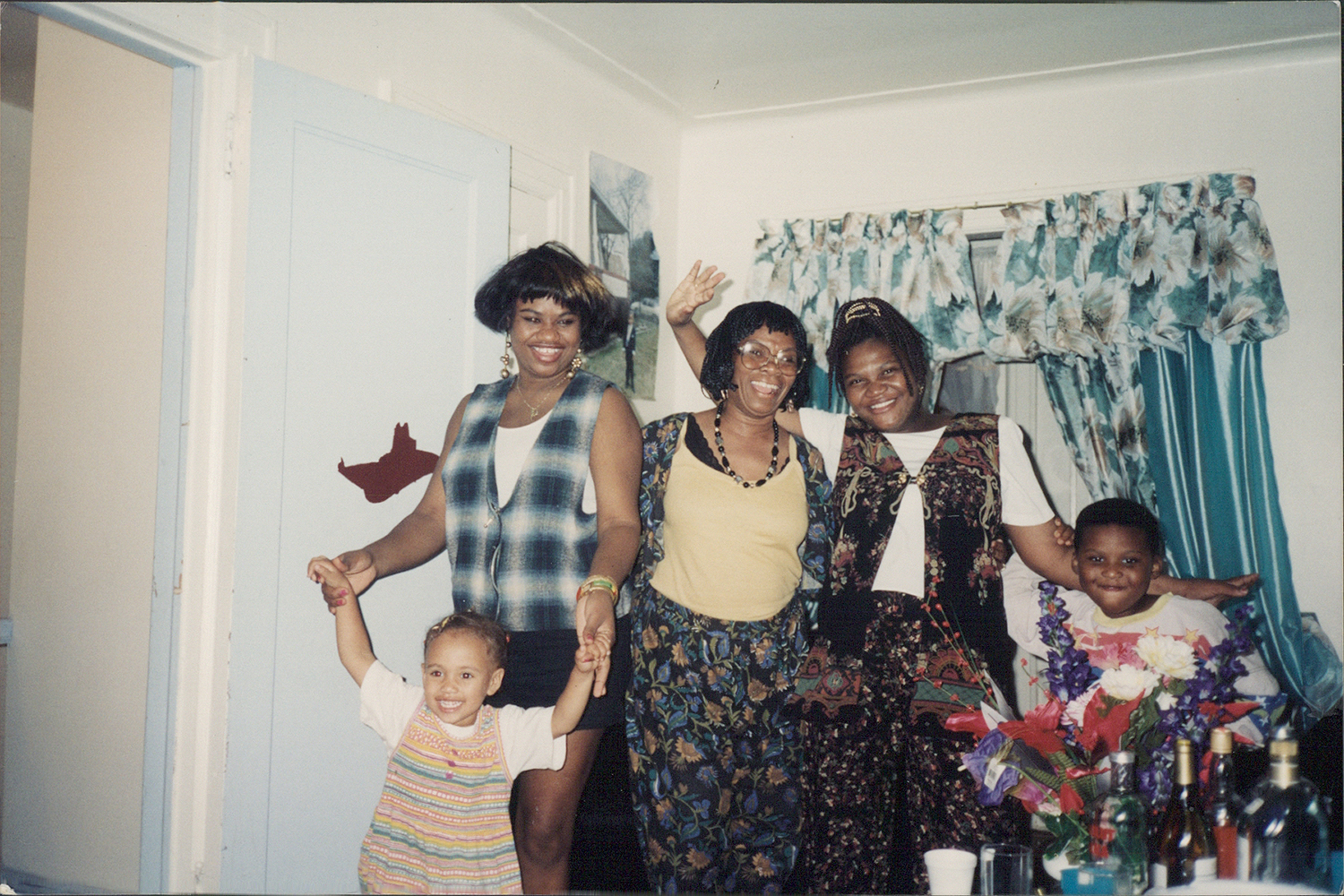 Ezinma with her family

I grew up in Lincoln, Nebraska, a predominantly white city of 287,000 people. I went to affluent, all-white schools. I was the only Black kid in ballet. I was the only Black kid in tennis. I was the only Black kid in orchestra. I was the only Black kid on debate team (after the other Black kid graduated). I faced microaggressions constantly: “I am very impressed. You are so articulate!” When I was with my white mother, some assumed my Black father was absent from my life, asking, “Do you ever get to see your dad?" I also heard, "I didn’t know Black people could play the violin,” and, “You are so pretty. Is your mom white?” I hated the slavery unit in elementary school because my peers stared at me. The only thing I ever learned in school about my ancestors was they were enslaved. My AP Psychology teacher told the class Black people are great runners because they have an extra muscle. My white peer in AP Literature would say “nappy roots” when referring to my hair. Because I was a straight-A, overachieving student, I was the Black kid principals, school administrators, and teachers loved. I was their proof that we live in a “post-racial” society. Yet at the main office of my high school, the “Don’t Do Drugs” campaign only featured Black men on their posters. 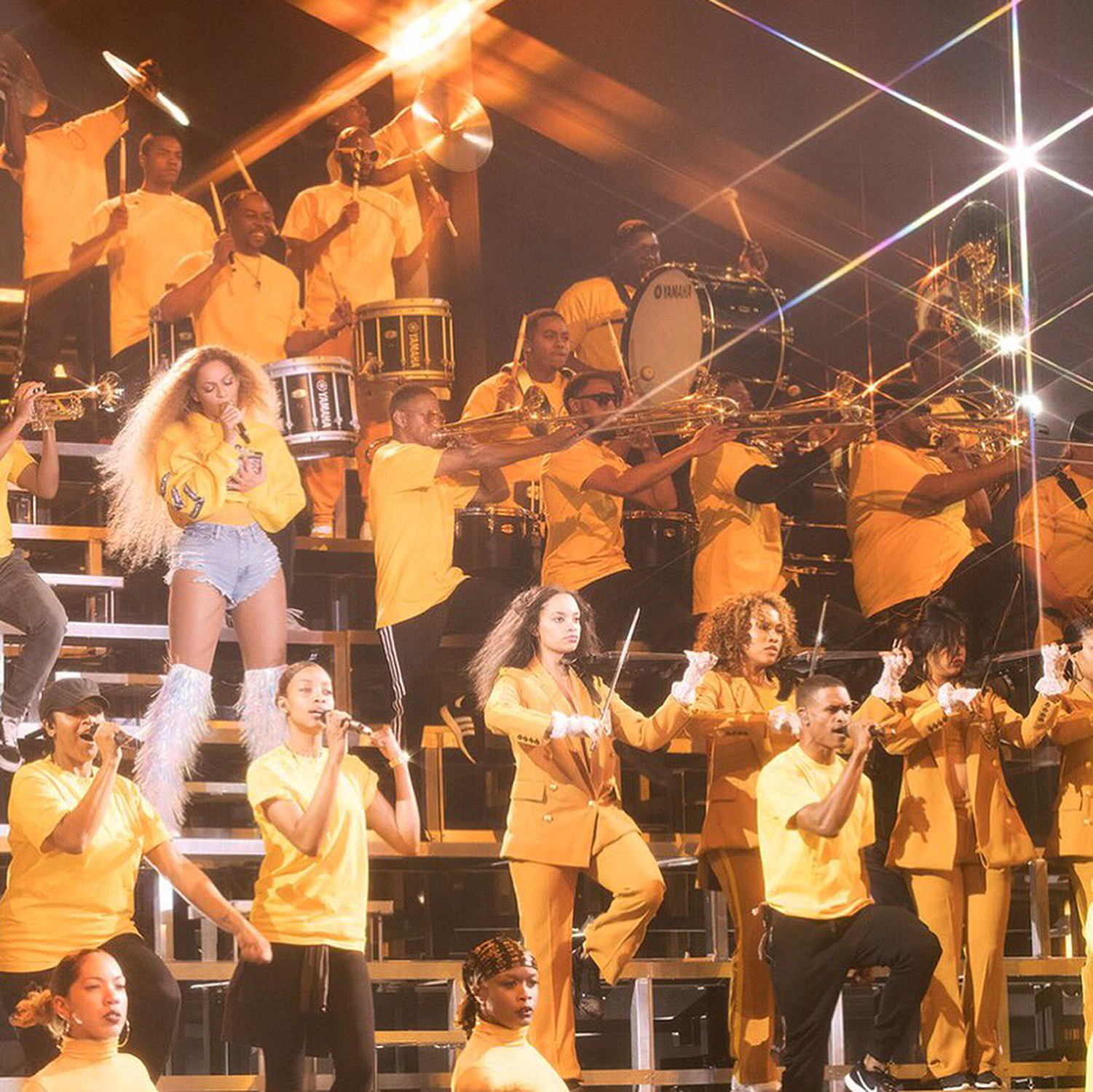 Ezinma performing with Beyonc&?eacute; at Coachella

These continued microaggressions add up. They become very heavy. We need to change the way we perceive and interact with Black people. When a Black man walks towards you on the street, why do you clutch your bag? When cops see my father (a professor) on his way to a meeting at the university, why do they stop him and ask to see his ID? I believe change begins within us. Educate yourselves. Befriend more people of color and listen to them. To my fellow people of color, when we face microagressions, ask for clarity. Let’s use these moments to create a more racially aware culture. As we work on our own bias and prejudice, we replace fear and hatred with love. Finally, take your voice to the voting booth and elect leaders who unite rather than divide.